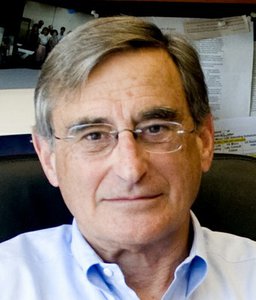 Dr. Douglas Richman is Distinguished Professor of Pathology and Medicine (Active Emeritus). He held the Florence Seeley Riford Chair in AIDS Research until going Active Emeritus in 2019. He currently is actively maintaining a research laboratory, is Director of the UC San Diego HIV Institute, and Co-Director of the San Diego Center for AIDS Research. Dr. Richman is a Fellow of the American Association for the Advancement of Science, the American Academy of Microbiology, the American Association of Physicians, and the Infectious Disease Society of America.

Dr. Richman received his AB from Dartmouth College and his MD at Stanford University, where he completed his residency. He also received an honorary Doctorate in Medicine from the University of Lausanne. He was a Research Associate in the Laboratory of Infectious Diseases at the NIH's National Institute of Allergy and Infectious Diseases and Clinical Fellow in the Division of Infectious Diseases, at both Beth Israel Hospital and Children's Hospital Medical Center of Harvard. He trained as both an infectious disease physician and medical virologist at Stanford, the NIH, and Harvard before joining the faculty at the University of California San Diego (UC San Diego) in 1976.

Dr. Richman’s research focused on influenza virus, herpesviruses and hemorrhagic fever viruses before concentrating on HIV in the 1980s. He participated in the development of most of the first antiretroviral drugs. He helped design and conduct the clinical evaluation of new drugs and treatment strategies, including the first trial of combination antiretroviral therapy and the initial study documenting the value of the strategy of rendering HIV RNA undetectable. HIV drug resistance was originally recognized in his laboratory in 1988. In addition to his continuing interest in HIV treatment and drug resistance, his research interests have focused on HIV pathogenesis, including the issues of viral latency and evolution. Dr. Richman has made major clinical and laboratory contributions to the field of HIV/AIDS, which collectively represent a model of translational medical research. Dr. Richman’s current research activities are now focused on the latent HIV reservoir and efforts to eradicate it. He plays an authoritative and constructive role as a speaker on both basic and clinical subjects, a lead editor of the major textbook on clinical virology, organizer of major international meetings, and chair of numerous national and international committees.