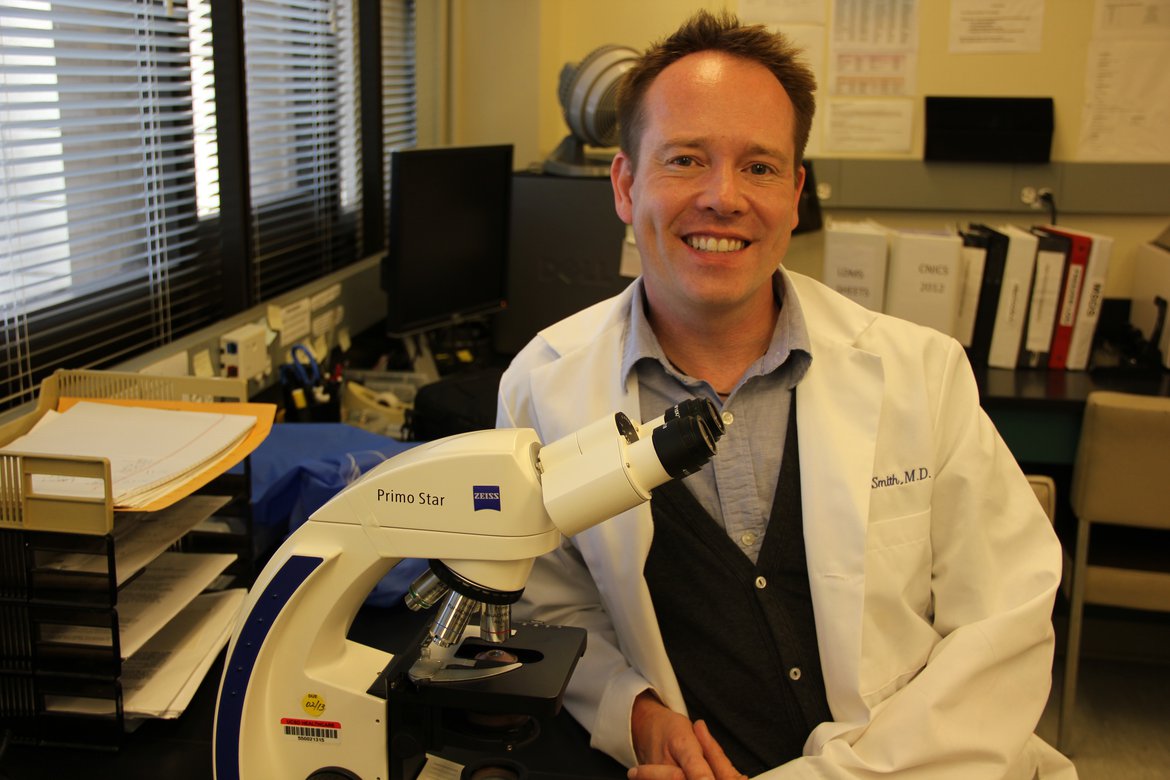 Drs. Smith and Gianella discuss The Last Gift at 2017 CROI.

Read about Dr. Smith's election to the American Society for Clinical Investigation.

Dr. Smith is featured in this 2015 Science article.

Dr. Smith is included in an Israeli news program.  He appears at the 18:45 minute mark.

Dr. Smith's primary research involves both the transmission of HIV (eg, molecular epidemiology, superinfection, biologic correlates of transmission) and HIV reservoir dynamics (eg, characterizing HIV shed from the genital tract and virus associated with neuropathology). These studies are in pursuit to understand the correlates that drive HIV transmission and persistence and find new ways to interrupt these mechanisms, including curative interventions. In 2010, Dr. Smith was named HIV Researcher of the Year by the HIV Medical Association, and in 2015 he was elected as a fellow to the American Society of Clinical Investigation and American College of Physicians.

Dr. Smith graduated from East Tennessee State University School of Medicine. He completed his internship, residency and chief residency in Internal Medicine at UC San Diego and stayed to complete his fellowship in Infectious Diseases. He joined the UC San Diego faculty in 2003. He was promoted to full professor in 2012. In 2017 he was promoted to Head of the Division of Infectious Diseases and Global Public Health at UC San Diego.