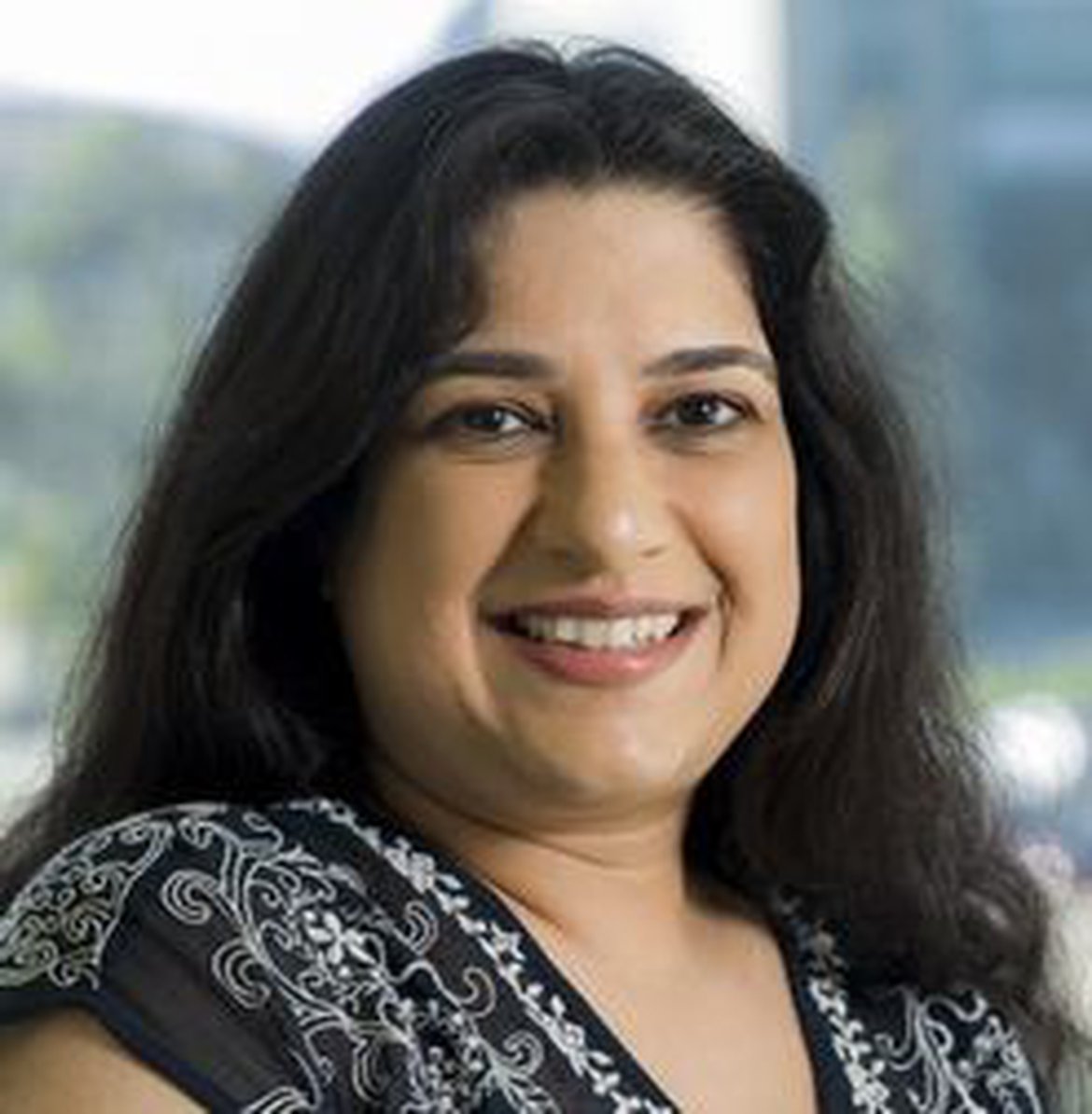 “Equity, justice and inclusion are foundational for our School,” says Cheryl Anderson, PhD, MPH, MS, Professor of Epidemiology, HWSPH Founding Dean, and 2020 recipient of UC San Diego’s Inclusive Excellence Award. “Over the last year, with racial and ethnic tension rising across the nation, we learned it was not enough to provide anti-racism training for our team members. We needed to inculcate an awareness of justice, equity, diversity and inclusion across all education levels, work experience, and degree programs. The appointment of Dr. Jain as Interim Associate Dean will ensure these essential values are communicated with rigor, honesty, and kindness.”

Building upon its thriving suite of laboratory, clinical, and biostatistical services, the NIH-funded San Diego Center for AIDS Research (SD CFAR) is pleased to announce the launch of the Health Equity Sociobehavioral Science Core. The launch follows a 10-month strategic planning process co-led by Dr. Jamila K. Stockman, Associate Professor of Medicine at UC San Diego and Vice Chief of Global Public Health in the Division of Infectious Diseases and Global Public Health, and Dr. Eileen Pitpitan, Associate Professor, San Diego State University School of Social Work. The purpose of the Core is to provide sociobehavioral scientific methods to researchers studying the health equity needs of key populations living with or at-risk for HIV in Southern California.

The Health Equity Sociobehavioral Science Core both rebrands the Disparities Core and enhances the original Core’s strengths by adding expertise in qualitative and mixed methods research, intervention development, recruitment of hard-to-reach and underserved populations, psychosocial statistical methods, and co-occurring conditions, such as homelessness and substance use. Core members are available to assist researchers in studies involving sexual, gender, racial, and ethnic minorities; women, adolescents and young adults; people in sex work; and other at-risk populations.

SDSU serves as the academic home to many behavioral, prevention and intervention scientists who conduct high-priority, innovative HIV research. Their HIV-related scientific inquiries address such topics as disparities in the HIV prevention and care continuum, substance use and other co-occurring conditions, and community-based participatory research.

Funding for Fellows: Next Generation Grants

SD CFAR’s Next Generation grants are designed for postdoctoral fellows supported by T32, D43, and R25 awards. These grants provide critical funds to help fellows collect and analyze data in support of their CDA applications. Up to $10,000 in direct costs may be requested for a one-year Next Generation grant. View all of the details and download an application form here.

NIH issued a Notice of Intent to Publish (NOITP) four Funding Opportunity Announcements as part of the Rapid Acceleration of Diagnostics for Underserved Populations (RADx-UP) initiative, a $500 million initiative to reduce COVID-19 associated morbidity and mortality disparities for vulnerable and underserved populations that are disproportionately affected by COVID-19.

The FOAs, in which NIAID will be participating, will include three Notices of Special Interest to solicit community-engaged research to understand COVID-19 disparities and increase access to and effectiveness of diagnostic testing interventions among underserved and vulnerable populations and to understand the social, ethical, and behavioral implications of testing in these populations. An RFA to support a Coordination and Data Collection Center (CDCC) will also be announced.

In particular, CFAR investigators may be interested in the following NOSI:

To solicit emergency competitive revision applications to existing awards for large consortia, multi-site trials, centers and other current networks that have adequate capacity, infrastructure, and established community-engaged relationships to support large-scale testing interventions or have the capacity to ramp up quickly to reach underserved or vulnerable populations.

The FOAs are expected to be published in early June. Applications will be accepted through August 2020 for FY20 funding.

We would like to announce that the NIAID ‘Strategies for an HIV Cure 2020’ meeting will be held virtually on Nov. 16-17th, 2020. The goal of this meeting is to review research progress by grantees funded through the NIH Martin Delaney Collaboratories for HIV Cure Research program and NIAID’s Understanding HIV Rebound P01 grant program. Information about the meeting, as well as registration information, can be found on the meeting website: Strategies for an HIV Cure 2020 Website. The meeting is free and open to the public.

Both (NOT-OD-20-054 and NOT-OD-20-055) are up to $50K and can be used for computational services, supplies, equipment, and additional staff to sustain the research. These are meant to help investigators at critical stages of their career who may need additional support due to critical life events (childbirth or adoption during the parent grant project period; or primary caregiving responsibilities of an ailing spouse, partner, or a member of the immediate family). In circumstances in which the critical life event is pending and is expected to occur during the project period, the supplement period may be submitted in advance of the event. There are no set due dates, but March 5 is the earliest opportunity to submit.

After an eight-month strategic planning process led by Dr. Eileen Pitpitan, the San Diego Center for AIDS Research (SD CFAR) welcomed San Diego State University (SDSU) as a new member institution in June 2020. SDSU serves as the academic home to many behavioral, prevention and intervention scientists who conduct high-priority, innovative HIV research. Their HIV-related scientific inquiries address such topics as disparities in the HIV prevention and care continuum, substance use and other co-occurring conditions, and community- based participatory research. SD CFAR has strong track record of synergizing high-impact, multidisciplinary HIV/AIDS research that emphasizes the Center’s four priority research areas: optimizing HIV care, relieving health disparities, finding a cure, and developing vaccines. SDSU will engage in these activities in support of the overall mission of SD CFAR, including fostering new collaborations between individual researchers and SD CFAR service cores; expanding the use of SD CFAR service cores and resources; promoting funding collaborations and publishing opportunities; and facilitating the professional development of junior faculty and trainees. SDSU faculty will also serve as key members of the SD CFAR EHE Scientific Working Group.

Through this Funding Opportunity Announcement (FOA), the National Cancer Institute (NCI) intends to advance our understanding of: the modes of transmission of Kaposi sarcoma-associated herpesvirus (KSHV), also called human herpesvirus-8 (HHV-8); the biology of the initial steps of infection; and the risk factors for infection. Such studies should inform and advance efforts to reduce or eliminate KSHV transmission and thus prevent Kaposi sarcoma (KS), KSHV-associated multicentric Castleman disease (MCD), primary effusion lymphoma (PEL), and other KSHV-induced diseases in populations living with HIV or at high risk of HIV infection.

LOI Due date: 30 days prior to the application due date

The Miami CFAR invites you to the HIV & Aging in the era of ART and COVID19 Inter-CFAR Virtual Meeting. Three sessions will be held over two days with a keynote presentation by Steven Deeks, MD, University of California San Francisco. The Miami CFAR would like to invite early stage investigators and post-doctoral fellows to submit an abstract for consideration of presentation. Submit entries to cfar@med.miami.edu by 5:00 pm, December 31, 2020. Notifications of abstract dispositions will be made by January 15, 2021. See flyer for more details.