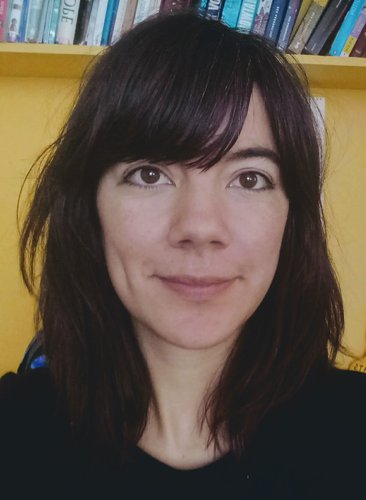 "The opioid epidemic in the United States is one of the most devastating public health challenges of my generation," says UC San Diego Assistant Professor, Annick Borquez. In 2017, over 70,000 people died of an overdose, and HIV outbreaks were identified in two cities of Massachusetts.

Technological advances have led to an explosion in the development of powerful synthetic substances, while improved transport and communication infrastructure facilitate the emergence of drug markets. At the same time, inequalities, poor mental health services, and other social issues contribute to an increased susceptibility to drug use disorders.

To better understand emerging drug use epidemics and the intersection between substance use and HIV, Dr. Borquez has been awarded a highly prestigious Avenir Award offered annually by the National Institute on Drug Abuse (NIDA). Her research will cover both the epidemics and associated risks, including HIV, HCV, and overdose. “Curbing these alarming trends requires preemptive epidemic preparedness and should be based on a rigorous and systematic assessment of the factors influencing drug use epidemics,” she says.

With the Avenir award, valued at $2.3 million over the next five years, Dr. Borquez will use dynamic mathematical modeling and cost-effectiveness methods to help public health experts anticipate when and where future outbreaks are likely to occur and to inform the response in order to prevent them or reduce their severity. In so doing, associated harms would also be reduced.

This award “represents a unique opportunity for me to apply the skills I have acquired to enhance public health preparedness to drug use epidemics and prevent further damage to already marginalized communities,” Dr. Borquez says. This predictive knowledge will indeed be especially important for marginalized communities in the context of HIV epidemics.

“Harmful drug use is both a cause and a consequence of marginalization and it is persistently associated with HIV infection across populations,” says Dr. Borquez. “Epidemic preparedness tools that allow more effective implementation of HIV prevention and treatment interventions are key to reducing incidence.”

Dr. Borquez came to UC San Diego in 2015 from Imperial College in London, where she earned her PhD in Infectious Diseases Epidemiology. As soon as she arrived in La Jolla, Dr. Borquez began an SD CFAR-supported study using mathematical modeling to predict the effect of HIV prevention and harm reduction programs in Tijuana prisons on HIV incidence among people who inject drugs. She was mentored by Dr. Natasha Martin, now Co-Director of the SD CFAR Biostatistics and Modeling Core.

Along with Dr. Martin and the Division of Infectious Diseases and Global Public Health, the SD CFAR congratulates Dr. Borquez on her Avenir Award. No modeling is needed to predict a bright future for this determined scientist.